Additive manufacturing (or 3D printing) makes industrial parts faster, cheaper, and better, but not always. Depending on the part, how it’s used, what it’s made of, how many you need, and how fast you need them, additive manufacturing can be a tremendous advantage, or not make sense at all.

How do you know?

A growing number of software companies are tackling this very question. Their platforms analyze your part, your entire digital part inventory, or even the digital blueprint for an entire product, like a car, and uncover which parts – from tiny valves to entire axles – are likely to be cheaper, more efficient, more powerful, or faster to make through additive manufacturing compared to your current traditional manufacturing method.

One young company out of Israel called Castor offers what co-founder and CEO Omer Blaier says is a decision support system for using industrial 3D printing for end-use parts. “Most manufacturers struggle with identifying exactly if, when, and where to apply additive manufacturing,” he says.

Castor takes the mystery out of 3D printing by providing comparative data that shows where and why 3D printing is the better option than injection molding, CNC machining, forging, or other traditional manufacturing processes. It uses your existing digital part file (or a 2D illustration) and analyzes its 3D printability. The software determines which 3D printing technology could apply and which materials would deliver the same (or better) functionality and performance as your current parts. Then it performs a financial analysis of 3D printing compared to traditional manufacturing.

Most of the time 3D printing is not the answer. And this is the key point underlying the broader adoption of additive manufacturing. It rarely makes sense financially for manufacturers to simply swap injecting molding or machining for 3D printing exactly the same part.

Of the 30,000 parts Castor analyzed last year, 70% weren’t suitable for additive manufacturing, says Blaier. About 20% were suitable, but only with some design changes, and of those, only half of them were sent to quote (meaning they had financial potential) and in the end, only half of those were sent to print. Ultimately, about 600 from 30,000 parts (or 2%) were 3D printed.

This figure aligns with what additive manufacturing consultant Sonja Rasch is seeing at her company Materialise, a software maker and one of the world’s largest engineering design and on-demand additive manufacturers. “Out of 10,000 parts, maybe 10 are typically suitable for 3D printing,” she says. “With metal parts, 99% of the time that you substitute a 3D-printed version for the conventionally produced version, it will never be profitable. You need to really have very complex parts to have it make sense, which is rare.”

The 3D Printed Needle in a Haystack

Where 3D printing is the profitable business case is when parts are redesigned for additive manufacturing. This means that the part is optimized to take advantage of the unique benefits of 3D printing, such as consolidating several parts into one part, customizing each part, lightweighting parts by using a lattice infill or removing excess material, boosting performance by printing internal structures such as channels for heat exchangers.

One customer Rasch points to as an example is bicycle maker Pinarello, which came to Materialise with a component they wanted to make a little bit lighter. They thought 3D printing would be the answer. The first calculation, however, for 3D printing their existing part “as is” was much more expensive than their current method.

“Then we did a redesign of the component and got the 3D printing cost down a lot,” says Rasch. Then further optimizing the design to remove the support structures, which take time and labor to remove, and streamlining the printing process for speed and to get more parts printed in every print batch, the cost was reduced even further. Of course, the optimized part is unique, half the weight, and better functioning, which became the company’s business case for 3D printing. Materialise is now able to 3D print 2,000 components a month for the company.

Materialise also uses a part analysis tool called 3D Part Barometer, which the company has been using for the past 15 years to preselect parts based on shape, size, quantity, and other factors, that might qualify for 3D printing. After this initial sorting, human consultants take over.

“Software will only bring you 50% of the way,” says Rasch, “the rest is recognizing which parts to redesign and which processes to optimize for 3D printing, and then you’ll find even more cases where 3D printing is profitable.”

Where Materialise consultants use their decades of expertise and experience, Castor automates. That’s not to say that Castor doesn’t have staff to help you, they do, or that Materialise isn’t planning to offer a part screening software solution, they are. The difference is that advancements in software coupled with mountains of additive manufacturing data enable these platofmrs to do more today than ever before.

“Castor also suggests design changes that an engineer could follow to utilize more of the benefits of additive manufacturing,” says Blaier. Castor can identify adjacent parts that make sense to combine together into a single part and highlight weight reduction opportunities. “We’re not a topology optimization or generative design company, but we’re very good at identifying bulky parts and showing the maximum potential of additive when it comes to weight reduction, which is crucial to our automotive, aerospace, and medical devices customers.”

Especially when it comes to spare parts, companies are finding that the cost of on-demand additive manufacturing is less compared to traditional manufacturing a minimum amount of parts that may never be used, then warehousing them, or waiting months for parts from an overseas supplier.

French startup SpareParts 3D offers a software platform called DigiPart based on machine learning that can scour through entire inventories of parts to identify the best technical and economic candidates for additive manufacturing. It also can build your 3D print-ready digital inventory and recommend 3D print-on-demand suppliers worldwide.

One DigiPart customer, an American petrochemical company with a spare parts inventory of more than 400,000 SKUs, wanted to reduce inventory holding costs by producing parts on demand and shortening lead times for parts, such as forged or cast items. SpareParts 3D, using their software coupled with consulting (because not all of the parts had digital files) helped identify which parts were best suited to 3D printed in a way that generated savings.

The first part produced was a blade that typically had a minimum order quantity of 10 units, but the average annual consumption was just one blade. Producing the part with 3D printing cost just over $1,000, plus a reverse engineering service of about $860, as compared to $860 per blade for conventional manufacturing. By producing only the single unit they needed, they reduced the cash spent in the first year by nearly $7,000. Over 10 years — taking into account industry-standard inventory carrying costs of 20% per annum — they saved nearly $600 per part.

“Spare parts are our key focus because the market for spare parts is one of the most inefficient ones from a supply chain point of view,” says Christian Darquier, SpareParts 3D’s VP of sales. “The last 2 to 3 years, with Covid and conflicts, has brought home that point in a very painful way at an increasing number of companies, which are now looking into additive manufacturing to move to a hybrid supply chain.”

Bundling deep technical and engineering analysis of digital part files with design consideration, backed by a detailed database of material properties and 3D printer capabilities, all fed through cost-analysis algorithms has the makings of an entirely new category of software.

Products from companies, such as Castor and Berlin-based 3YourMind, are at the forefront of enabling more companies to realize the benefits of industrial 3D printing, and investors have taken notice. Castor is backed by investments from Xerox and Evonik Venture Capital, while 3YourMind, which makes software to help companies find, qualify, and 3D print parts for on-demand manufacturing, is backed by a slew of investors having raised more than $32 million in funding over several rounds.

With 3YourMind software, part identification is just one piece of the pie. The company offers modules for the entire lifecycle management of your on-demand manufacturing (not limited to 3D printable parts). Yet finding parts with the best business case is always the starting point.

3YourMind’s AM Part Identifier is a tool to spotlight the best use cases within a company’s part inventory, the company says, but it is not a magic box.

“We’ve learned that it is not enough to identify a part and show a business case, but it is also necessary to make a part printable,” says Aleksander Ciszek, CEO of 3YourMind. “Currently, expert knowledge about the right material properties, production technology, and parameters is needed to do the redesign.” Each 3YourMind business case is captured in the software so that the algorithms learn from it. After its algorithms – which are tuned for specific use cases, industries, technologies, and stages in the supply chain – target ideal candidate parts, technical experts at the company take over and tailor them to enterprise-specific product portfolio needs.

German railway giant Deutsche Bahn, for example, turned to 3YourMind when it needed to scale up its 3D printing initiatives to make spare parts across the organization faster, lower production costs, and build greater supply chain resiliency. With only a few additive manufacturing experts at the company, identifying and qualifying which spare parts from tens of thousands would be overwhelming. The software not only identified parts but enabled employees across the organization to submit their part ideas. The software and centralizing data increased the number of parts selected for possible 3D printing from one in 50 to 2 in 3, according to 3YourMind.

As the software in this emerging area grows, matures, and becomes more complex, we may see it play a much larger role in the broader ecosystems of computer-aided design tools and product lifecycle management software.

“Think of Castor as a bot running over your whole product design and overnight it tells you; here are 10 parts that can save you half a million dollars if you choose to change their production method.” 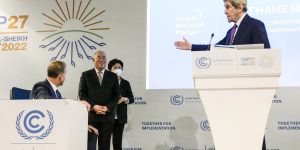 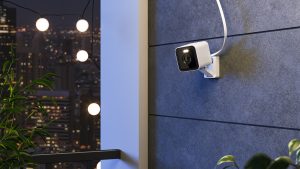 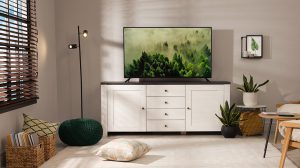 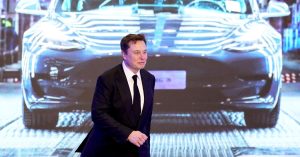