Synology’s latest 5-bay DiskStation DS1522+ NAS server for homes and small businesses is a silent yet significant upgrade in the lineup.

While the new server is the intended replacement of the immediately previous model, the DS1520+, I will compare the design with the DS1517+ to show how it’s an (almost) complete “leap” in hardware.

This brief review will focus on this novelty and what that means. In the grand scheme of things, the DS1522+ is another familiar and excellent NAS server, but you should look at it as $880 hardware instead of a $699.99 one as its retail price (disk-less) suggests.

Confused? Let’s find out what I mean.

Dong’s note: I first published this post on Jun 29, 2022, as a new piece and updated it to an in-depth review on July 20 after thorough hands-on testing.

Generally, Synology releases its 5-bay DS15xx Plus server every two years, starting with the DS1511+ that came out in 2011.

The table below will show you the slow hardware evolution of this lineup.

In terms of physical design, the DS1522+ is basically the DS1520+ plus the new Network Upgrade Slot. Compared to the DS1517+, the new server does away with the PCIe slot.

From the table above, you’ll note that DS1522+ differs from previous servers.

Specifically, it’s the first that comes with NVMe M.2 slots to host two solid-state drives for caching and the option to upgrade to 10Gbps Ethernet.

Previous servers only have one of those options or none at all.

Most importantly, the 10Gbps-capable upgrade now comes in the form of a Network Upgrade Slot to house the new E10G22-T1-Mini module that Synology launched simultaneously with a new server.

For now, this module only features a single 10Gbps BASE-T port and fits only the DS1522+. However, future servers will likely also have this slot, and chances are we’ll find SFP+ modules or those with more than two ports going forward.

This module costs about $180, comparable to a PCIe card for the DS1517+. Considering Multi-Gig networking is a must for a server, you should look at the DS1522+ as an $880 server with the option of not going 10Gbps for less.

Multi-Gig: What it is and why it’s hot right now

In my experience, AMD Ryzen is much more powerful for daily computing than Intel Atom or Celeron CPUs, which were widely used in previous models. The new AMD CPUs elevate these home and SMB servers’ capability, making them more comparable to Synology’s enterprise models running Intel Xeon chips.

In return, AMD CPUs generally don’t have built-in GPU resulting in the fact they are not as good as Intel chips in handling video streaming.

However, due to the ubiquity of flexible playback software — such as VLC, which is available on all platforms –, the lack of media transcoding on the server side is no longer a huge issue.

Since the DS1621+, I’ve turned off hardware transcoding on the server side and let the frontend playback software take care of everything. With that, I’ve been able to stream 4K videos hosted on my server using the Synology Video Station on any device, even when traveling.

Since 2021, almost all new home and small business NAS servers from Synology have used AMD chips. This trend is likely to continue.

The DS1522+ is the first in the family to run DSM 7.1 out of the box — previous servers originally came with DSM 6.

While this means you won’t be able to run some legacy apps with it, the latest OS has much better performance and a more streamlined user interface.

Most noticeably, with DSM 7.1, the DS1522+ is also the first server that features Surveillance Station 9.0 — you can use up to 40 IP cameras with it. The new app, per Synology, features simultaneous dual recording to C2 Surveillance cloud storage.

Surveillance Station 9.0 Review: What it is and why it’s been one of the best DIY home security solutions

Some old remains, a familiar server at heart

But not everything about the DS1522+ is new.

The server still features now-legacy eSATA ports to host expansion units instead of the latest and much faster Mini-SAS HD, like the case of the higher-end DS2422+.

eSATA has a ceiling speed of just 5Gpbs, which will be the bottleneck for each expansion unit’s five drives. But in return, you can use the more affordable DX517 instead of the 12-bay DX1222 to expand the storage.

Other than that, you can expect the new DiskStation DS1522+ NAS server to have all the goodness of any Synology server, including a robust operating system and tons of valuable add-on packages, as I detailed in this primer post.

NAS server: What it is and why you’d want to get a Synology today

And there is some familiar badness, too:

For example, when setting it up with a few large hard drives, you’ll note that the server takes a long time to finish “optimizing” the RAID.

Specifically, the process, which can’t be canceled, took about a day for my three 8TB hard drives in an SHR setup, during which the server worked at slower performance. The similar “data scrubbing,” a recommended periodical maintenance, also takes an incredibly long time to finish.

And like all other Synology servers, the DS1522+ includes only two IP camera licenses, although it can handle up to 40 cameras for its Surveillance Station — each additional license costs some $60 apiece. And you can’t transfer these two to any other server.

But for the most part, the new server has a lot to offer. So much that I’m not going to touch everything it can do in this review. That’d take too long.

Like a computer, the new DS1522+ shares the same feature and apps as others that run Synology DSM 7. The box below includes a short list of the server’s apps and features.

For this review, I’ve used the DS1522+ for a week — I will continue to use mine for years to come — and the sever performed as expected.

It was reliable, quiet, and fast. In terms of throughput, it was on par with other high-end servers I’ve reviewed, including the DS1821+ and DS1621+, as you will note in the chart below.

I used a large file (some 100GB) for the tests and copied it between the server and a computer equipped with a 10Gbps network card and the fastest PCIe Gen 4 NVMe SSD. I used no NVMe caching for the tests.

I tested the server with two SATA SSD in RAID 0 and SHR (similar to RAID 1 in this case) and three hard drives in SHR (equivalent to RAID 5), using a Gigabit or a 10Gbps connection. In the best-case scenario, the server sustained at almost 800MB/s, almost as fast as the speed of a 10Gbps connection after overhead.

DSM 7 native with lots of useful home and business applications

In more ways than one, the DiskStation DS1522+ is a minor incremental upgrade in Synology’s DS15xx lineup.

But looking at the product family, starting with the oldest unit, the DS1511+, this new server proves to be a sizable upgrade. It’s a new server with impressive novelties while maintaining the familiarities we’ve come to expect from the storage vendor.

If you’re looking for a new NAS server today, the DS1522+ is a safe and excellent buy — make sure you also get the E10G22 T1 Mini module.

But if you’re using a server that can run DSM 7 and don’t yet need 10Gbps Ethernet, or if you’re happy with Link Aggregation, for now, this new router is not a must-have. 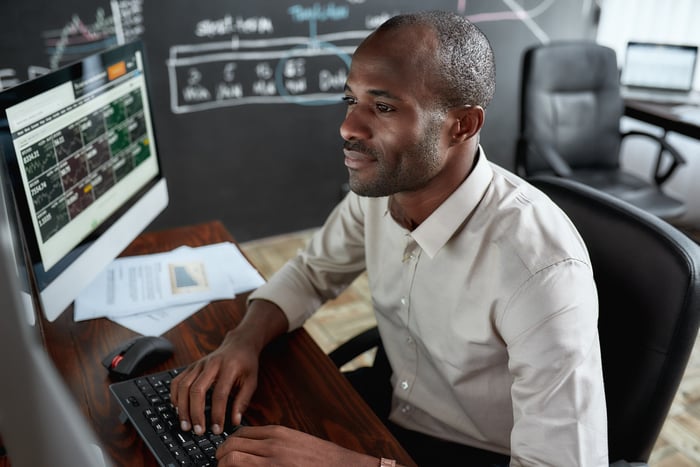