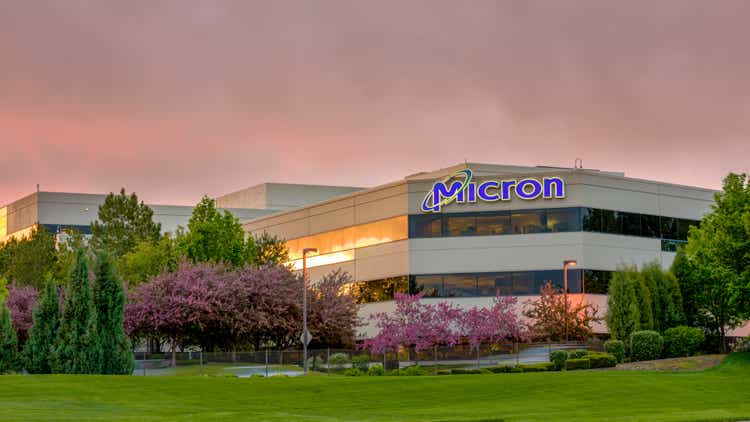 To the satisfaction of many prognosticators, hoards of “pandemic darling” stocks have now fallen more than 30%, 50% and even 70%. However, it’s worth noting that some of them actually have impressive businesses and now trade at dramatically more compelling valuation multiples – even after taking into consideration the risks created by the Fed’s aggressive interest rate hike trajectory (to battle inflation) which could drive us into recession and decisively warrant discounted valuation multiples being assigned to these businesses still on track to achieve significantly higher future earnings. In this report, we highlight 25 examples, including a special focus on Micron Technology (NASDAQ:MU).

To quickly review, we’ve gone from extraordinarily dovish monetary and fiscal policies (e.g. near-zero interest rates, massive bond buying, lots of economic stimulus programs) to a dramatically hawkish inflation-fighting stance (e.g. higher rates, aspirations to reduce the fed’s balance sheet) in less than one year. What this means is that the stocks that arguably benefitted the most from low interest rates (e.g. high-growth stocks with little current earnings but high “expected” future earnings) have gone from loved to hated in less than one year.

And this about-face has been magnified by the fact that many of these high growth darlings are also naturally socially-distanced businesses, which is now less “in vogue” as investors (perhaps mistakenly) think the pandemic is over (anecdotally, I have covid as I type). And as the short-term market narrative (and investor sentiment) has shifted, the selloff for high-growth stocks has been intense.

The two macroeconomic takeaways here are: (1) The best economists in the world are usually only right about half of the time (i.e. it’s much easier to pick good long-term businesses than to predict the direction of the overall economy), and (2) some babies are now being thrown out with the bathwater as short-term narratives have taken a vice grip on the psyche of many investors (i.e. the market is a voting machine in the short-term (especially with Twitter and Reddit, etc.), but a weighing machine in the long-term). For example, Micron.

Micron is an impressive growth stock that has sold off hard in the recent fed-induced growth-stock selloff (it’s about 30% below its 52-week high). And despite the sell-off, the business continues to post impressive numbers, including revenue growth, high margins, a compelling valuation, and an impressive total addressable market opportunity.

If you don’t know, Micron designs and produces memory storage solutions that are used in an expanding host of devices such as PCs, mobile, automotive, data centers (the cloud), Artificial Intelligence and the overall “Internet of Things” (IoT). More specifically about 73% of the company’s revenues are from DRAM (dynamic random-access memory), and the rest are from NAND. DRAM provides data storage and retrieval while a device in “on,” and NAND is memory that retains its content when the power is turned “off.”

Micron is the world’s third biggest memory/storage provider behind Samsung and SK Hynix, it has over 40,000 employees (located globally) and is headquartered in Boise, Idaho.

The total addressable market opportunity for Micron’s products is large and expanding. For starters, here is a look at the market size for memory and storage end demand. Not only is it diverse (and dramatically expanded from years ago when some investors feared Micron’s opportunities would decline with the decline of traditional desktop PCs), but it is growing (as you can see in the compound annual growth rates (CAGR) for both DRAM and NAND solutions).

And for a little more perspective, Micron’s revenues are expected to grow at 21.5% this year and 20.5% next year (as per the table later in this report), which is dramatically higher than the average S&P 500 stock growth rate. NAND and DRAM are even expected to grow faster than the overall semiconductor industry. In fact, the company estimates the market opportunity will more than double over the next decade (as you can see in the graphic below, taken from the company’s investor day presentation, delivered last week).

Micron continues to operate from a position of financial strength. For example, the firm has significantly reduced its debt levels in recent years (see chart below) and maintains a healthy investment grade credit rating (in fact, it was recently upgraded by Fitch).

Also important, Micron continues to maintain a healthy amount of cash, while it consistently spends on research and development (which is critically important for future growth).

For a high growth business, with extremely impressive margins (45.8% gross and 33.5% operating), Micron trades at very low (attractive) valuation multiples. For example, it currently trades at only about 2.5 times sales and 8.6 times earnings. You can see how favorable these numbers are versus other top growth stocks included in the table later in this presentation, and versus the overall S&P 500 (which currently trades at around 19.5 times earnings). And here is a look at a few of Micron’s valuation multiples versus the company’s own history.

The shares are also cheap by its own historical standards, especially considering revenue growth is particularly high and the total addressable market is very large and continues to expand.

Besides the recent indiscriminate tech and growth sell-off, there are a few reasons (risks) why Micron trades at such low (compelling) valuation multiples (as compared to its very strong business). For starters, Micron products are largely considered to be commodities. There is no specific economic moat per se, and new competitors are constantly attempting to come online and compete. Further, Samsung and SK Hynix are formidable innovators that can quickly put Micron behind the curve in terms of technology and costs.

Another risk is that the business can be highly cyclical. In the past, extended periods of oversupply in the industry has created severe stress on operations. However, according to Micron, industry “supply discipline” and the “slowing of Moore’s law” has reduced some of this risk as the company’s strategy is to work towards “growing bit supply in-line with demand.”

Thirdly, many investors still view Micron as providing an old school technology (NAND and DRAM) that they believe is dying with the desktop PC. This may have been a valid concern a decade ago, but the market seems not to fully recognize the dramatically expanding uses of DRAM and NAND (it’s not just for desktop PCs anymore). Just because Micron chips are not as cutting edge as Nvidia (NVDA) and AMD (AMD) that doesn’t mean the business will die; quite the contrary, as the growth rates and market opportunity demonstrate.

Despite the fact that many investors are attracted to Micron for its high growth and large market opportunity, billionaire value investor, Seth Klarman, is also a large shareholder. Klarman is the founder/portfolio manager of Baupost Group, a firm known for its success in buying unpopular assets while they are undervalued. And per the firm’s latest 13F, Micron is their 13th largest position.

Micron is a bit of an anomaly on our list because its valuation is so low (compelling) compared to the business growth, high margins and total addressable market (for the reasons we explained above). However, there are plenty more impressive growth business that have sold off hard recently as the fed has decided (for now) to fight inflation at any cost to the economy (recession anyone?).

The following table includes 25 more growth stocks that have recently sold off hard.

To be included in the table, businesses were required to have at least 15% expected revenue growth (this year and next) as well as a positive operating margin. There are plenty more “popular” stocks that have even higher expected revenue growth rates, but did not make our list because they’re operating margins (basically operating earnings divided by revenues) were quite negative. Here are a few examples (j-curve or not):

Disagreements about investment opportunities often come down to differing investment goals and time horizons. For example, If you’re already retired and prone to lose sleep over extreme investment volatility, it probably doesn’t make a lot of sense to load up on investments from the table outlined in red above. But if you are a 31-year-old with a high-paying job, a long-investment horizon and a prudently diversified portfolio, you could end up being extremely well served to selectively pick up a few long-term high-growth stocks that are currently down big.

The Fed’s increasingly draconian posture in addressing inflation may drive the economy into recession. It has mosty certainly already driven forward-looking stock prices significantly lower. Depending on your own personal goals and time horizon, you may want to bravely consider owning a few shares from our lists above (there are some impressive business trading at dramatically lower prices), or you may simply be too repulsed by the highly-volatile risk-reward potential they offer. At the end of the day, it’s your money, and you need to do what’s right for you.